With great gratitude and expectations, we say goodbye to the past 2019. In last year, LianTronics as a trustworthy display solution provider has made tremendous achievements. Sincere thanks to the continuous support from our valued partners and customers worldwide. Let’s have an overview of LianTronics transcript in 2019.
1. Beijing Daxing International Airport, China 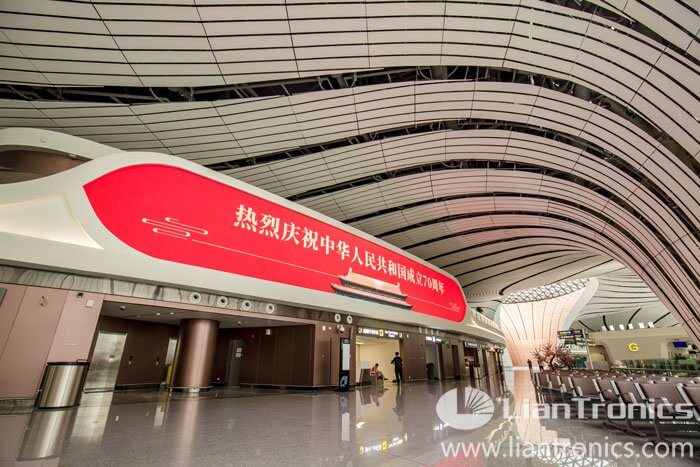 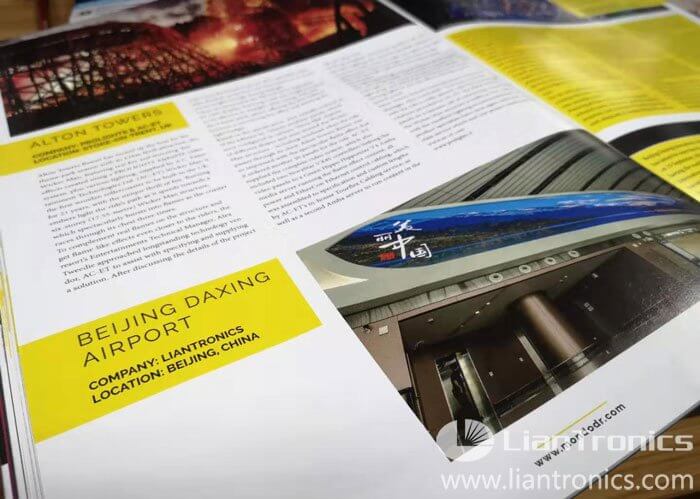 As the world’s biggest airport at present, Beijing Daxing International Airport is called the "New Seven Wonders of the World". LianTronics is honorable to be the largest display supplier, providing 30+ sets of LED display screens with a total screen area of nearly 1,000m². This mega case is also chosen by Mondo*dr Magazine as one of the visually spectacular projects in their annual video & visuals report! 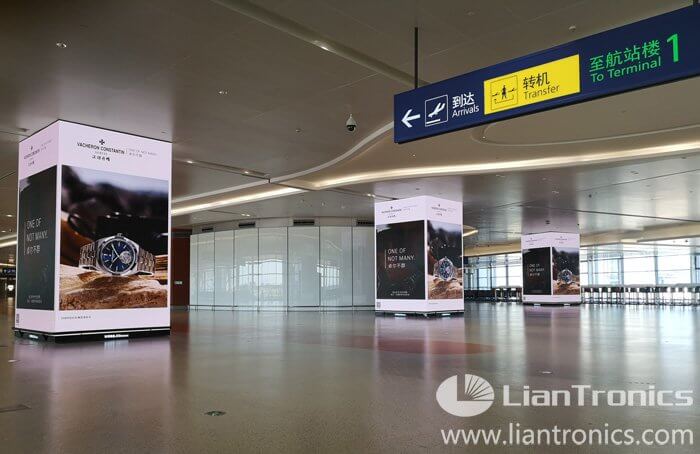 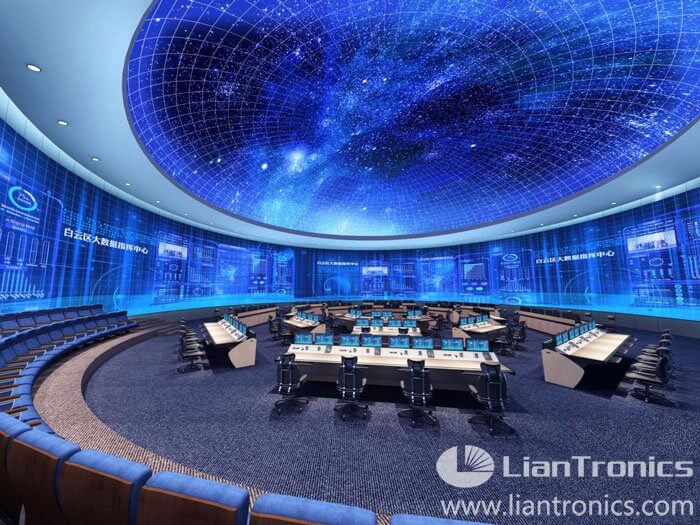 LianTronics 360 degree panoramic LED display system was put into operation in the big data command center of Baiyun District, Guiyang, which lays a solid foundation for the future development of "Big Data" management and plays a positive role in promoting the rise of "China's Big Data Valley". With super large resolution of 33600*1824 pixels points and 360° precision panoramic splicing, this spectacular 400m²+ giant screen has achieved the most advanced level of display system in China.

Embedded inside wooded hills of the Chinese metropolis of Guangzhou, the head office of the second largest Chinese power network operator has been created. For this new green office of China Southern Power Grid (CSPG), LianTronics installed over 250sqm fine-pitch LED screens to modernize its monitoring center, auditorium and conference rooms. With perfect display performance, the U-shaped display system in the monitoring and command center has helped build up an intelligent collaboration platform of CSPG. 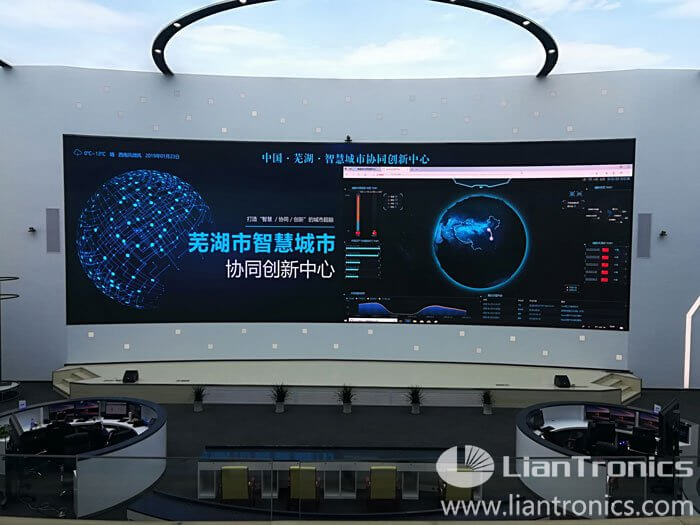 Customized for Wuhu Smart City Collaborative Innovation Center, the LianTronics dedicated fine-pitch LED display solution has been put into use last year. With exquisite displaying quality and stable performance, this 138sqm display system plays an important role as an intelligent urban brain to provide the latest and essential information to the decision-makers. 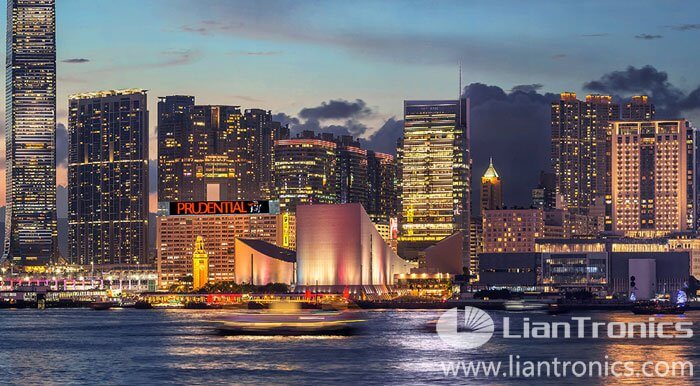 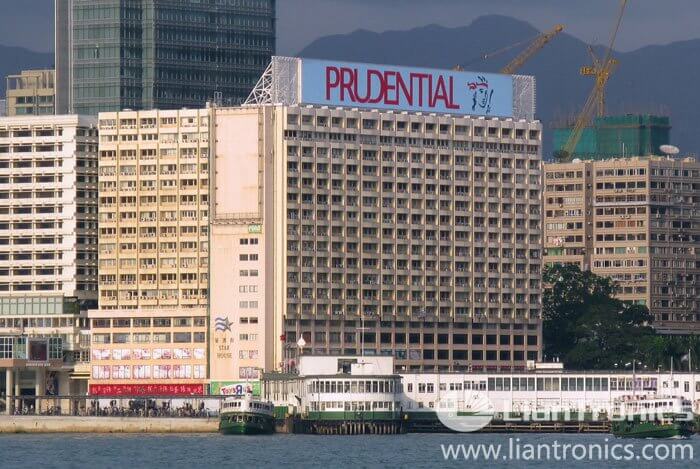 Nearly 600m² LianTronics-made gaint LED screen on the top of Star House is one of the largest rooftop screen in Hong Kong. When the night falls, this rooftop screen will join numerous lights to contribute to the magnificent night view of Victoria Harbour in Hong Kong. 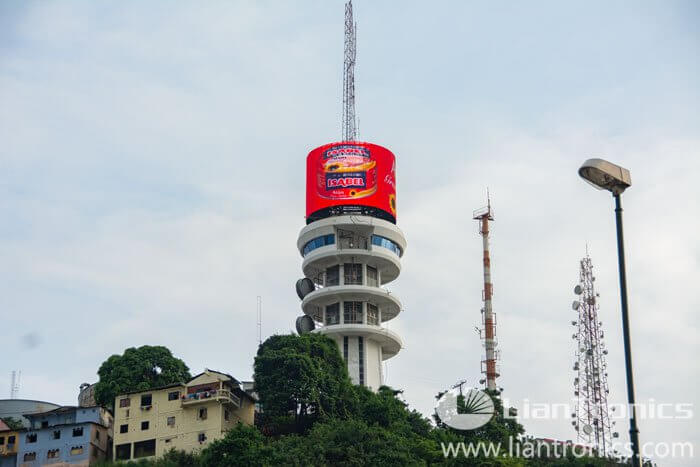 354sqm giant cylindrical LED billboard from LianTronics advertises on the top of an Ecuadorian TV station. Even in this distance, its sharp and bright displaying performance makes you hardly overlook its existence. 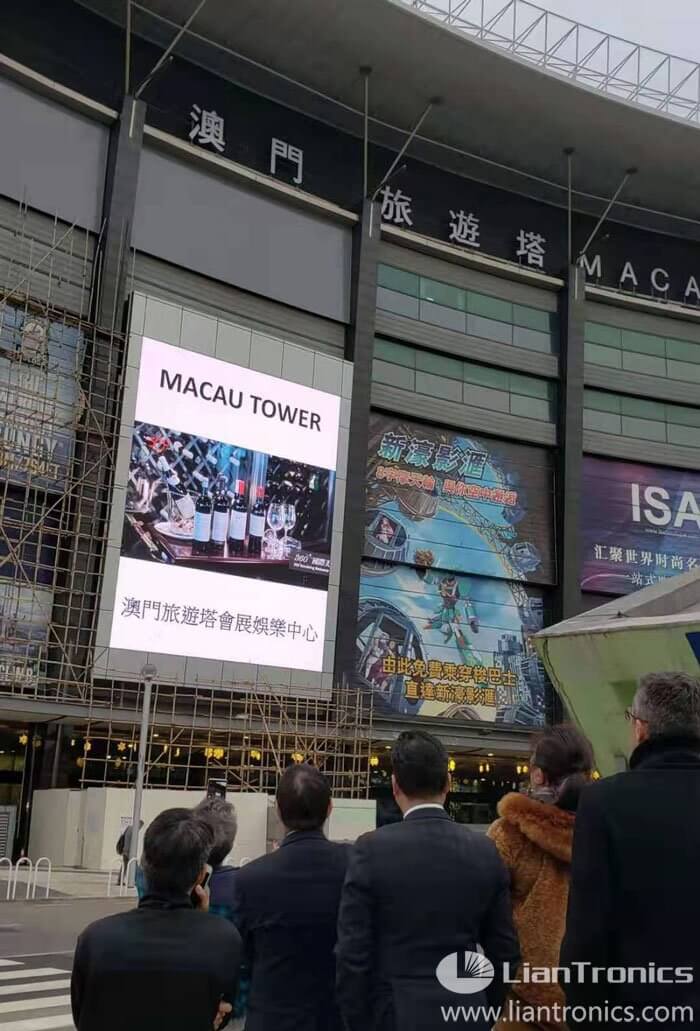 LianTronics highly configured LED screens with nealy 150sqm have newly decorated Macau Tower right before the 20th anniversary of Macau's return to China. After the renewal, Macau Tower presents a new face to tourists from all over the world. 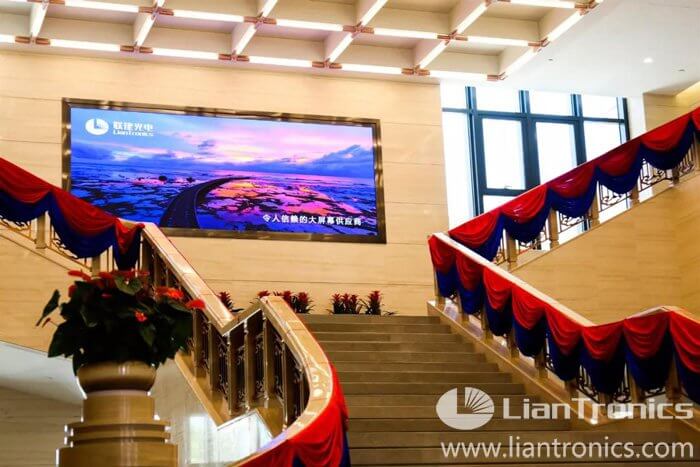 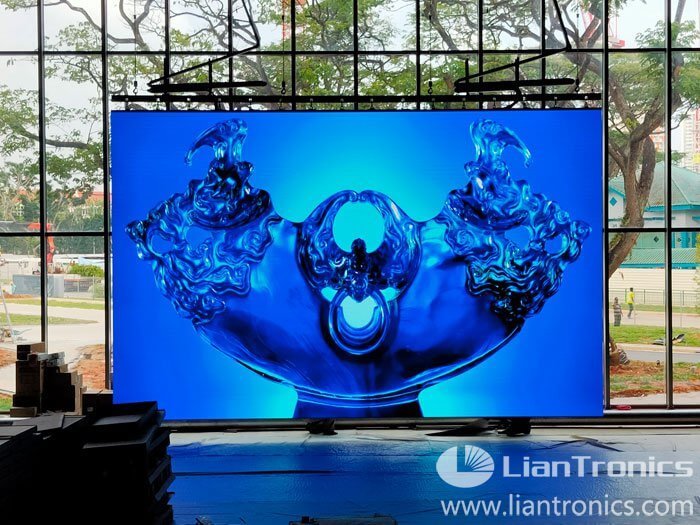 Established in 1879, Raffles Girls' School (RGS) is one of the oldest school in Singapore. On Monday, 21 October 2019, RGS officially moved from Anderson campus to new campus at 2 Braddell Rise. For this new campus, LianTronics has contributed 6 sets LED screens with over 120sqm to modernize the teaching facilities. 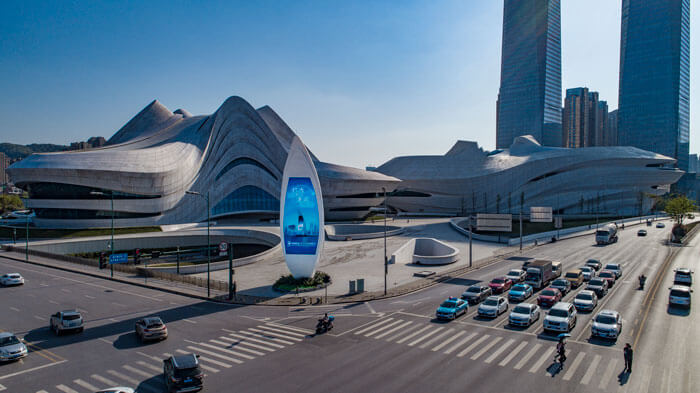 Designed by Zaha Hadid, one of the most prestigious architects worldwide, Meixi Lake International Culture and Arts Center has become an impressive business card of Changsha City since its opening. To perfectly echoing this largest steel hibiscus flower of the world which blooms beside Meixi Lake, the LianTronics-made 3D LED screen is specially designed into petal shape to stand in harmony with the surroundings of the Center. 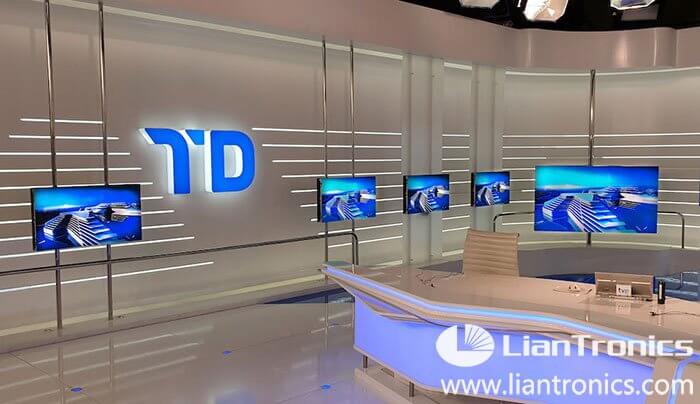 6 sets of LianTronics fine-pitch LED screens have renewed A1 and A3 studios of TVE, whose parent company is Radio Televisión Española---the largest audiovisual media in Spain. These screens run well now to better present the real and lifelike images of news to the audience worldwide. 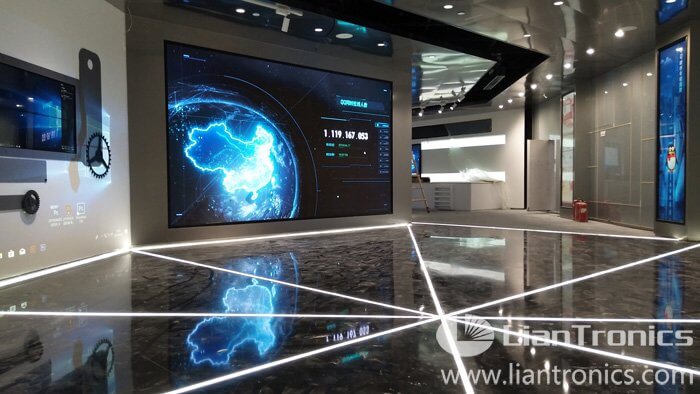 Following the stunning display effect and professional service in Tencent Shenzhen Binhai project, this is the second-time cooperation between LianTronics and Tencent the international IT giant. In 2019, LianTronics 10+ sets of fine-pitch LED video walls came into operation with the settlement of Tencent staff to the new headquarters in Beijing. 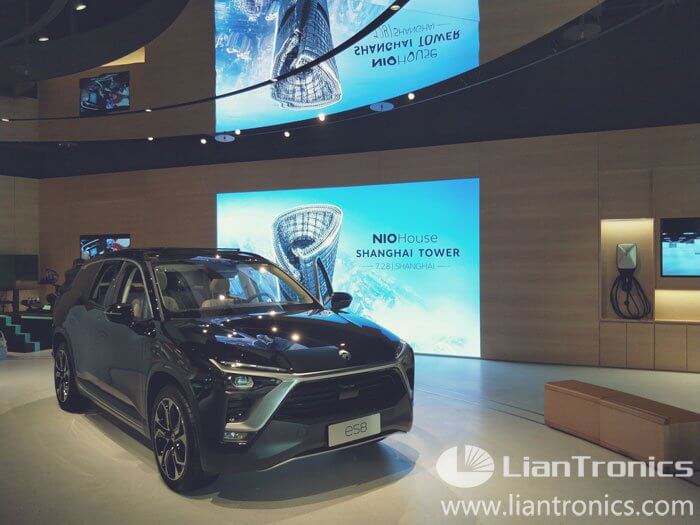 NIO House is the community-styled auto experience user center of NIO, the NYSE-listed automobile manufacturer specializing in designing and developing electric autonomous vehicles. With the continuous opening of NIO Houses around China, LianTronics fine-pitch LED screens have followed the footstep to further decorate these newly-built experience centers and bring the highest enjoyment to NIO users in Shanghai, Guangzhou, Hefei, Nanjing, Suzhou, Tianjin, Wuxi and other cities in China. 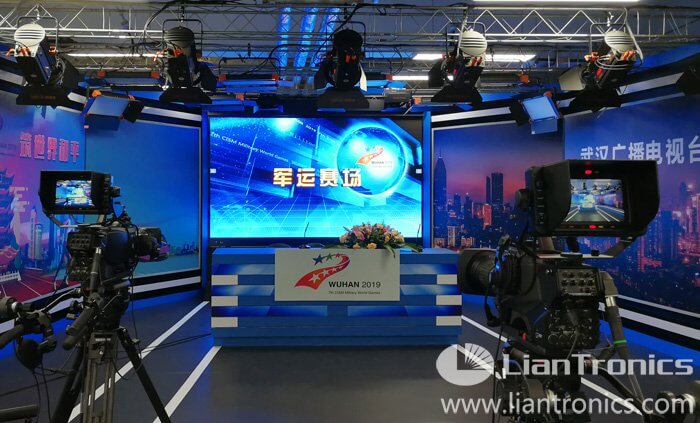 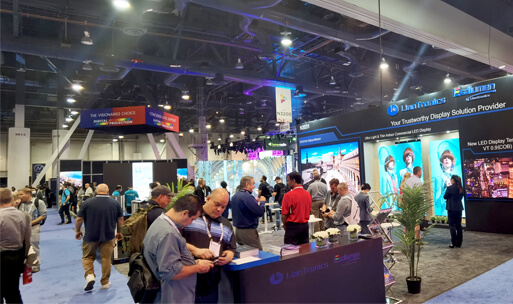 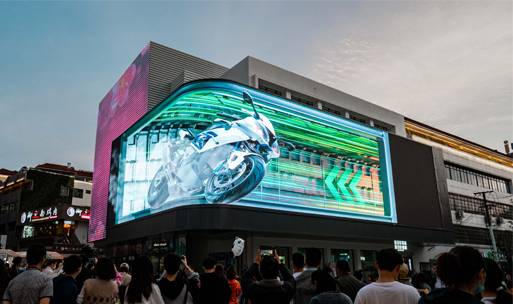 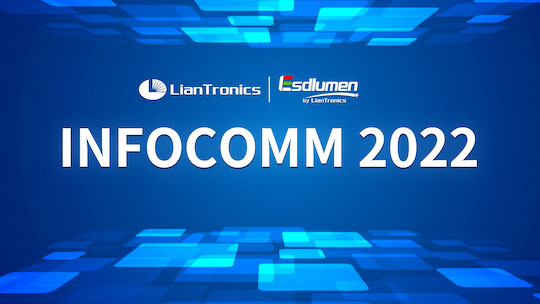